×
What could a hung parliament mean for education?

As the fallout from the election continues, we ask what the early signs are for education and our schools. Which policies are likely to stay, and which will go?

In the run-up to this election, debate around education was overshadowed by the themes of Brexit, Health and Social Care and then security as the terror attacks on London and Manchester hit. Education Secretary Justine Greening was a largely silent figure on the national stage, as she fought to keep her seat in South West London.

As we now know, Greening managed to cling on in Putney, and to her education brief, as Theresa May opted against a wide-scale reshuffle of her Cabinet. So, with the secretary of state for Education and her Prime Minister remaining in-situ, we could be forgiven for thinking that to understand this government’s education policy we’d have to look little further than the Conservative Party manifesto.
In fact, David Davis has already gone on the record to say that the manifesto will now be ‘pruned’ as the government tries to get its policies through parliament.

Here we look at what that could mean for some of the Conservative Party’s key education policies:

Grammar schools have been a divisive issue for the Tories for several years and Theresa May won few friends for raising the spectre of new grammar schools when she became Prime Minister a year ago. The number of MPs who have spoken out against the opening of new grammar schools had already hit double figures, so she would have next to no chance of getting a policy to open new grammar schools through parliament. We don’t even need to mention that the architect of this policy, her former advisor Nick Timothy, has also been forced to resign after the fallout of the election.

Conclusion: Despite support for grammar schools from the DUP, the government is set to shelve it as quietly as they can. It would be very surprising if it survives even in ‘trial’ form, so expect it to be one of the most notable omissions from the Queen’s speech next week.

One of the few areas of agreement in political circles is the need for more school places. By 2025, a million extra children will be in the school system than in 2010. The free school programme is the Conservative Party’s method of choice to drive this expansion, so with the clock ticking to meet this demand, expect to see no about turn in this policy area.

Conclusion: The policy will stand, and the free schools programme will continue. However, expect more debate over the appropriateness of free schools as the driver for new school places as well as question marks to remain over the value for money of this programme.

School funding will continue to be a hot topic, and this is the policy area where Justine Greening, Theresa May et al have their most important decision. While they have already pledged to increase the schools budget by £4bn, the aforementioned growth in pupil numbers and school costs mean that this would represent a 2.8% cut in real terms per pupil funding over the course of this parliament.

With the backlash against what are seen as endless cuts to public services, and Jeremy Corbyn defying all expectations at the polls, expect the government to reassess its position. The media is starting to rally behind teachers and unions, and threats to shorten school days, increase class sizes and reduce numbers of teaching staff will all bruise this weakened government. Will they be able to hold their nerve, or is this a battle too far for a government with Brexit negotiations in its sight?

Conclusion: The war over school funding will continue in the short term, with unions and the Labour party keen to attack the government while it is weak. A concession here would show a conservative government willing to put the brakes on increasingly unpopular austerity measures, and perhaps (more cynically), keen to garner the goodwill of the public.

This policy was the most left-field in the manifesto, and passionately debated. Critics questioned both the worth of such a proposal, and (most gallingly for a party that stresses fiscal prudence) the costing of it, with costs underestimated by as much as a factor of ten. This policy has few backers and has done little more than distract from the key discussions that need to be held in education.

Conclusion: If ever a policy was ripe for pruning, this is it. Expect it to sink without a trace.

In the midst of campaigning, the editor of Schools Week, Laura McInerney, noted that both of the main political parties had managed to ‘answer policy questions no one is asking’. She wanted to highlight the critical issues of school funding, place planning and teacher recruitment. Well, as the dust begins to settle on the election, it looks like she might get what she was asking for. It is now the responsibility of government to show that it still has the ability to address the big issues in education, and make the long-term decisions required of it.

If you work in education and would like to discuss how Baxendale could support you, please get in touch with tom.davis@baxendale.co.uk. 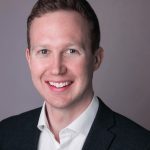 Tom Davis
OUR BLOG
Read the latest from our blog