×
Hopes for Hammond: Our dream budget policies for Education

This post first appeared on our old blog on 17th November, 2017 as the first in a series of budget posts.

After a spluttering Party Conference speech, Theresa May will be hoping that the Budget on 22 November offers a second chance to articulate a clearer vision for the country. With pressure increasing for Chancellor Philip Hammond to be handed his own P45, this budget is a pivotal moment – for Hammond, May, and a Tory government on the ropes.

The paper thin Spring Budget was worryingly pedestrian on issues such as health and social care. Instead, education and skills were placed at its heart, with welcome announcements including £300 million to support 1,000 new PhD places and fellowships in STEM (science, technology, engineering and maths) subjects. However, next week the Government needs to up its thinking if it wants to have real impact.

Show your workings on tuition fees
Encouragingly, May already announced she will freeze tuition fees and increase the time threshold for loan payback. She may use the Budget as an opportunity to release more details on the proposal.

Changes to tuition fees offer a crowd-pleasing solution to win over young voters faced with growing debts. If nothing else, the proposals show a willingness to address intergenerational unease exacerbated by the triple-lock that has helped protect pensions for the older generation.
But is May doing any more than rearranging the deckchairs?

The increase in tuition fees has attracted lengthy debate from those on both sides of the argument, however, their impact has been to close the gap in university attendance rates between disadvantaged pupils and their better off peers*. Yet we believe more can be done, and we’re not the only ones. Alistair Jarvis, Chief Executive of Universities UK, recently called for a re-introduction of maintenance grants and a means-tested policy that reduces interest rates for low and medium earners to further support this endeavour.

In the Budget, we hope to see May ambitiously break away from the fees status-quo and outline funding for more research to assess options such as means testing.

Pay more attention to schools
It is vital that this Budget looks further than traditional Conservative focus on higher education, universities and skill development (e.g. apprenticeships and training). Schools are facing a wealth of challenges regarding funding and the recruitment and retention of staff that are not being addressed.

Our dream budget would put a much clearer focus on schools. We hope to see announcements that better support recruitment for schools to address a staffing crisis that the majority of school leaders only see growing over the next couple of years**. Policy announcements should be wide ranging, focusing not only on grants or reimbursements for trainees, but also improved opportunities for flexible working, and most importantly a marked increase in pay somewhere between the existing 1% cap and the 5% increase demanded by the unions.

At the same time, we would like the DfE to share firm plans explaining how they will provide the extra places needed to cope with demographic pressures coming through primary and into secondary. The number of secondary school places required by 2025 is forecast to be almost 20% higher than now. While the DfE set off with purpose on their programme to increase capacity in schools, only 32,000 secondary places were added to the school estate between 2015-16. An acceleration in this programme is needed***.

Early years and 30 hours childcare
Earlier in the year, concerns regarding Early Years and the forthcoming rollout of 30 hours of free childcare was relatively high on the media’s agenda and caused some worry for government. The political turmoil over the summer and autumn has knocked this policy into the shadows for now, but it is still important that questions around the complexity of funding this proposal are ironed out. Some providers are refusing to offer the scheme, while others are requesting funding top-ups from parents to fill the shortfall. Pressures already exist in early years provision and it would be a positive step if more clarification could be provided around this announcement, with the DfE looking more closely at its impact on parents and providers.

Have we got it right? Let us know what announcements you are hoping to see on 22 November on twitter: @WeAreBaxendale #hopesforhammond 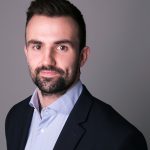 Josh Gaw
OUR BLOG
Read the latest from our blog