Do employee-owned businesses have better systems of governance than other SME businesses, and does that matter?

In 2017 I was asked to give evidence to the Ownership Effect inquiry.  At the time I was on the board of an SME business that was owned by its employees; with the majority of its shares in an Employee Ownership Trust (EOT).

I was to be asked to give evidence on one of three areas; growth and diversity, performance and productivity or standards of corporate governance.

The first two I would have been very comfortable with, both in terms of the business I worked in, and in the employee owned community at large; I had seen first-hand the positive effects of putting ownership in the hands of employees.

I wasn’t asked about these though; I was asked to talk about standards of corporate governance.

I clearly had some thinking to do.

As with many SME businesses, prior to the move into employee ownership, the business that I worked for was both owned and managed by its founder.   Although there were two other directors, the founder was both Managing Director and majority shareholder.  There was no need for any further accountability.  Board meetings were held, but many decisions were made by the founder, as leader, founder and owner of his business.  Everyone within the business was comfortable with this; after all, as a group of employees we were treated well, and we acknowledged the personal contribution of our founder in setting up from nothing the business that provided us all with a living.  His authority and his ability to make good decisions for the future of the business was not in question.

But then he decided to leave.

Our founder’s first move, (prior to selling the business to an employee ownership trust), was to resign as Managing Director and appoint one of the directors his place.  He remained the majority shareholder.  Although the members of the new board were all well-established within in the business, decisions were not immediately accepted on the same unquestioning basis as the decisions of the founder.  The founder became frustrated by the number of queries that were still coming to him, with employees saying: “just to check you are OK with this”.   It was still only the Founder who some employees felt had the authority to lead, and they still felt ultimately accountable to him.

A Moment to Pause

In a sale to a third party, or a management buy-out, the shareholder rights pass to a new owner, and they are then able to appoint their own leaders, whether that is themselves or their appointees.   In the eyes of the employees, the new leaders may or may not have the same authority to lead the company as the founder; but this is immaterial – the new owners have the majority shareholding and the control.  The standard of governance is, and will continue to be, dependent on the individuals holding that majority control, and their attitude towards it.

In the case of the sale of a business to an employee ownership trust (EOT), the situation is quite different.   The majority of shares are sold into the EOT; and ownership is controlled by a trustee or trustees who must take all decisions in the best interests of its beneficiaries, the employees.  It is now the trust board that is holding those who are leading the business to account.   Leadership is separated from ownership, although as the majority owner, the trust ultimately has the ability to control the composition of the board should it wish to.  In reality it is unlikely to do so, unless things have gone badly wrong and cannot be resolved.  This is the worst-case scenario power that it can use to hold the leaders of the business to account.

During the process of transition into employee ownership, and the setting up of the trust, there is an opportunity to stop and look thoroughly at both governance and control of the future employee owned  business;

It is rare in SME businesses that there is a time in which governance is explored this thoroughly, and accountability given this much thought.  There is an opportunity to build robust systems, which promote good behaviours, support the long-term sustainability of the business and have the interests of the employees at their heart. 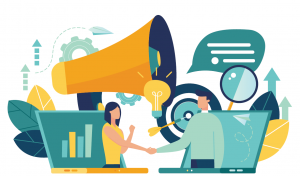 It is unlikely that many employees in SME businesses would tell you that they care greatly about standards of corporate governance; but the importance of fairness and trust to employees is well documented.

In employee-owned structures, standards of governance are often much more visible to employees than you would expect in other SME businesses.  Where there are employee trustee directors on the trust board, these people will often be elected by, and feel accountable to their peers.  Information from meetings of the trust board and sometimes also the operational board will often be shared.  The presence of accountability in these structures is clear to all.  Where employees can see that accountability, often together with an understanding of where the business is headed and their place in it, there is a greater feeling of fairness, and higher levels of trust.

People were surprised when they heard that the directors of the company would now be accountable to the trust board; a body which contained employee representation.  The founder had not been accountable in this way.  This change, along with the commitment of the new Managing Director to share information widely amongst the employee group, ultimately allowed the board to overcome any initial problems with authority and lack of trust.

Three years after the business moved into employee ownership, I am quoted in the ownership effect inquiry as saying “employees feel more involved in the business as a result of the emphasis on accountability….  [employees] feel very strongly that we should be accountable to them and are very interested in the structure and future of the business”.   These changes didn’t happen immediately, they happened when the new systems of governance and accountability were visible and employees could see them working in practice. 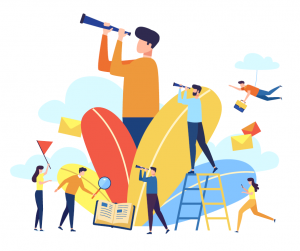 SME businesses often suffer from poor governance because structures have evolved organically, and/or accountability is reliant on one person, who everyone knows and trusts, with no regard to future generations.

The process of transitioning into employee ownership asks businesses to look at a future without themselves in it.  Who appoints the board?  Who appoints the trustee directors?  But what if you weren’t there?  This requirement to look forward, and build future proof governance structures, builds businesses which are prepared for an uncertain future.

Employee owned businesses are known to be resilient and there are many reasons for this resilience; feelings of ownership and a culture of openness can both encourage behaviours in the employees which add to business resilience.  There is a governance angle to this resilience too, many businesses that move into employee ownership do so with the intention of becoming multi-generational independent businesses, and their governance structures are designed to support that aim.  They are businesses that operate in the best interests of both current and future employees and make ownership decisions on that basis.  They often understand in their governance the importance of their culture and legacy and the trust has a role to protect that.   They are less likely to fail because of the departure of a key person, the failure to hold an underperforming board to account, or the departure from the culture and ethos that made them successful.

Employee-owned businesses are, for the most part, more prepared for the changes which are inevitable in the long term.

Good governance is perhaps not the most obvious or the most exciting of the advantages of employee ownership; but it underpins many of the other advantages which are more widely lauded.

Employee engagement and participation cannot happen without processes being clear and fair and leaders being visibly accountable; to earn employee trust.

Resilience comes from many places in employee-owned businesses; but not least from strong systems of governance designed for a sustainable, multigenerational, independent future.

Employee-owned businesses are able to preserve their legacy and culture, by selling to employees who “get it” rather than a third party who might not, but many go much further and create a role for the trust around protecting the things that are important to the business and its stakeholders, such as culture and values.

Trust ownership provides a separation between ownership and leadership.  In companies owned by an EOT the majority owner is trust, with a trust board whose role is to hold the board to account.  Where conventional shareholders might make decisions with their own interests and their potential dividends in mind, all decisions of an EOT trust board must be made in the best interests of the employees.  This provides a strength and independence in governance which is not often replicated elsewhere. 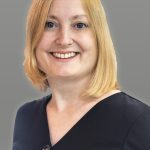 Emily Alston
OUR BLOG
Read the latest from our blog